I haven’t always been like this… I used to have a proper job, the same as everybody else.

In 2009 that all changed. For the last nine years I’d run my own my own web design company, building websites for all sorts of clients from small businesses right up to big multinationals like Regus and Kingston Technology.

I also did SEO, and ran PPC advertising campaigns for these clients, ranging from office space providers in the West End paying £10 per click on AdWords, down to a guy selling T-Shirts online for £10 where every penny counted.

Prior to that, I’d owned and run an Apple Computer dealership called Axiom (UK) based in Hampton, and latterly Weybridge in Surrey. In those days (I started in 1991) Macs mostly went into the design and print industry so most of my customers were in that business.

Not all of them however — I also fixed Douglas Adams’ Mac (Hitchhiker’s Guide to the Galaxy) and for many years looked after all the Macs for  Pete Townshend and The Who, plus a few other showbiz types.

However after 10 years, margins were shrinking, technical support (which was what I’d built my business on) was becoming less necessary, and the business was looking less and less attractive. Hence the move into web design, which at that time was very much in its infancy.

My two businesses did reasonably well in that they kept me fed, clothed and housed in reasonable comfort over quite a long period.

They also kept me very poor — poor in terms of time.

They were totally service-led businesses and I was always on call. I didn’t take holidays, apart from a few days at Christmas when I could usually get away with it without anybody noticing. I didn’t get my summer two weeks in the sun that everybody else has, for nearly twenty years!

In about 2005 I became aware of Affiliate Marketing and started experimenting. I bought an eBook called GoogleCash by Chris Carpenter. It cost me about $30 I think, although nowadays he gives it away for free. I’d never bought an eBook before — they didn’t really exist back then, and I don’t know what made me buy this one but something did. Good copywriting I guess, plus the internet wasn’t as full of ‘get rich quick’ junk as it is now so it didn’t get lost in the noise.

So I read Chris’s book and started to try a few things. The exact method he showed didn’t work any more as that particular advertiser wasn’t running that offer any more, but I took his principles and adapted them to offers that were currently running — the principles were the same.

So I promoted RHS Chelsea Flower Show tickets on eBay, Cider Vinegar Recipe books on Amazon… (and for reasons I don’t fully understand, a product called ‘tit tape’ that allowed you to tape your clothing to your cleavage, so you didn’t have anybody’s eye out if you moved suddenly).

None of these things really made me any money, I probably earned about £50 a month but I learned a HUGE amount.

I got very good at AdWords, and I sharpened up my marketing skills considerably. All very useful in my day job but for me Affiliate Marketing was really only a hobby at that time and wasn’t particularly lucrative.

That is the position most affiliates are in. Most never get out of that situation and they either enjoy it, or they give up after a while.

Having tried a few things that didn’t really work (and looking at them now I can see why!), I then hit upon something that did.

I became an eBay Affiliate and started promoting products that firstly, I knew something about, and secondly there was a big demand for. I started promoting second hand Macs, refurbished iPhones, secondhand iMacs and other things of that nature.

These are two things that were missing from my early experiments, but I have since learned are very important if you are to be successful in Affiliate Marketing, especially when you’re starting out.

Now things started to go a bit better. I was now making about £50 per week instead of per month. Maybe there might be something in this after all…

I got better at it, and it grew to the point where it was producing a useful side income. Nothing spectacular and I probably earned less per hour that I would stacking shelves in Asda but it was at last bearing some fruit. And all the time I was learning, learning, learning…

And then one day I got a phone call.

eBay’s UK representative called and said “eBay would like to meet you. Can you come to Amsterdam for a meeting?”

Go to Amsterdam for a meeting? Either this is a huge waste of time or there’s something in it…

Surely nobody could be that heartless so I took the leap of faith, invested in an EasyJet ticket and a hotel room, packed my bag and went. As a sweetener, eBay very generously paid for me to attend the A4U Expo — the biggest Affiliate Marketing exhibition in Europe — which was on in Amsterdam at that time. That ticket cost €1,000 Euros I think.

All the top people from eBay’s Affiliate Program in the US were over for the Expo. A great bunch of people. They showed me how I could build upon what I was doing, scale it up and replicate it. They showed me that I was just scratching the surface of what was possible.

Sure I could do all that but it looks like a lot of work, and Affiliate Marketing only makes a few hundred a month right?

I’d heard the hype about how much you could make but I didn’t believe it. Not really. Although I could see it was possible.

At the Expo I met people who really were earning these vast sums. I met a German Affiliate in the life insurance sector who was making 50,000 Euros a week. Really. And many more like him.

I called all my customers and told them I wasn’t available for the next 3 months.

I figured 3 months was long enough to either make it work, or to find out that it didn’t. I turned all my work away and spent all my time doing what I’d learned in Amsterdam (No, not that…! Building out my campaigns — more products, more adverts, more keywords, more everything).

I scaled up with more products, and started operating in 6 countries and 3 languages.

I used to go to meetings of the Top 10 publishers. Nobody had ever heard of me, but the others were household names like Nectar. They had staff and departments, and did meetings and stuff.

I had a laptop, and spent an inordinate amount of time in the bath.

It wasn’t all profit of course, far from it in fact as the majority of my traffic came from paid advertising with Google AdWords (at one point I was spending over £100,000 per month on AdWords) but it was nonetheless very profitable.

My company was now turning over more than it did when I was selling computers at several thousand a pop.

And it was just me.

I never had to take an order, or speak to a customer, ship a product or deal with a return. The vendors did all that, I simply took a commission on what they sold. My phone never even rang. I just banked a single commission cheque at the end of the month. And paid a big one out to Google as well (but not quite as big).

Best of all, if I took a day off my earnings continued just the same.

As they did if I took a week off. And I earned seven days a week, 24 hours a day.

I did need to keep monitoring my campaigns because things do drift off after a while, you can’t leave it alone for ever. And of course you can’t grow if you don’t do anything, so a modicum of work was necessary. Just now and then.

And of course I could do it from anywhere in the world where I could get an internet connection (I’ve done it from my iPhone on a yacht 50 miles out to sea). No need to go to work any more, just work where you are.

Coincident with my visit to Amsterdam, I’d come across a book that changed my life — The Four Hour Work Week by Tim Ferriss. This gave me the inspiration and the vision to change my life. To design a better lifestyle which broke the link between ‘dollars for hours’ which had ruled my life up until then, and allowed mini-retirements throughout your life rather than working all your life, hoping for a few good years at the end when you’re too bloody knackered to do anything. The book showed me what to do and Affiliate Marketing gave me the means to do it. Everything just came together at the right time. As things do if you let them.

So that all happened in 2009 and it’s continued much the same ever since. Things are always moving up and down, sometimes they get worse and sometimes they get better — that’s the natural flow of things. But I’ve managed to live an independent lifestyle, similar to the 4 Hour Work Week  for several years now, all through Affiliate Marketing. If you want to learn more about affiliate marketing and how it works, you can read more about it in this article.

I hope you found my story interesting and that it inspires you to embark on a journey of your own. Whatever that might be.

Good luck and let me know how you get on. 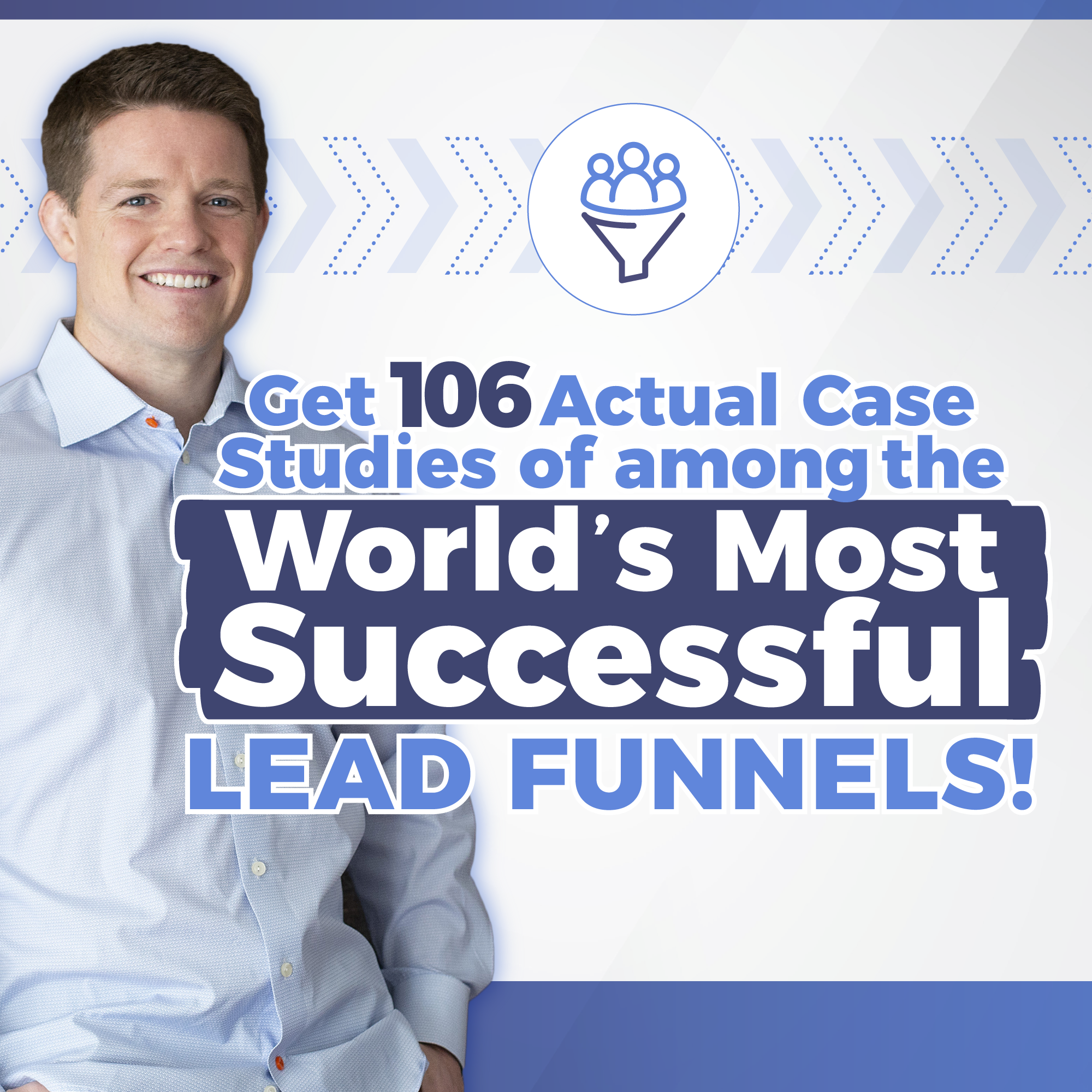 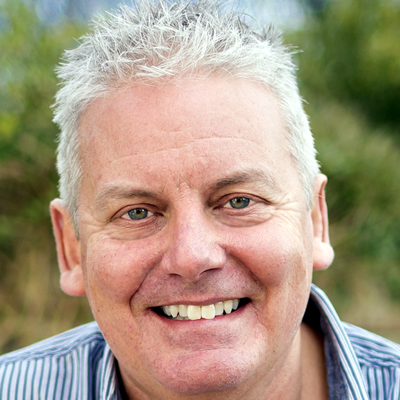 I ran my own Web Design agency and SEO/AdWords consultancy for many years, before giving it up in 2009 to live the Laptop Lifestyle as a full-time Internet Marketer. You can read My Story here...